Commencing in 2017, this 3-year project is co-funded by Fighting Blindness and the Health Research Board (HRB) under the MRCG-HRB co-funding scheme. We spoke with Ms Silvestri to learn a little more. 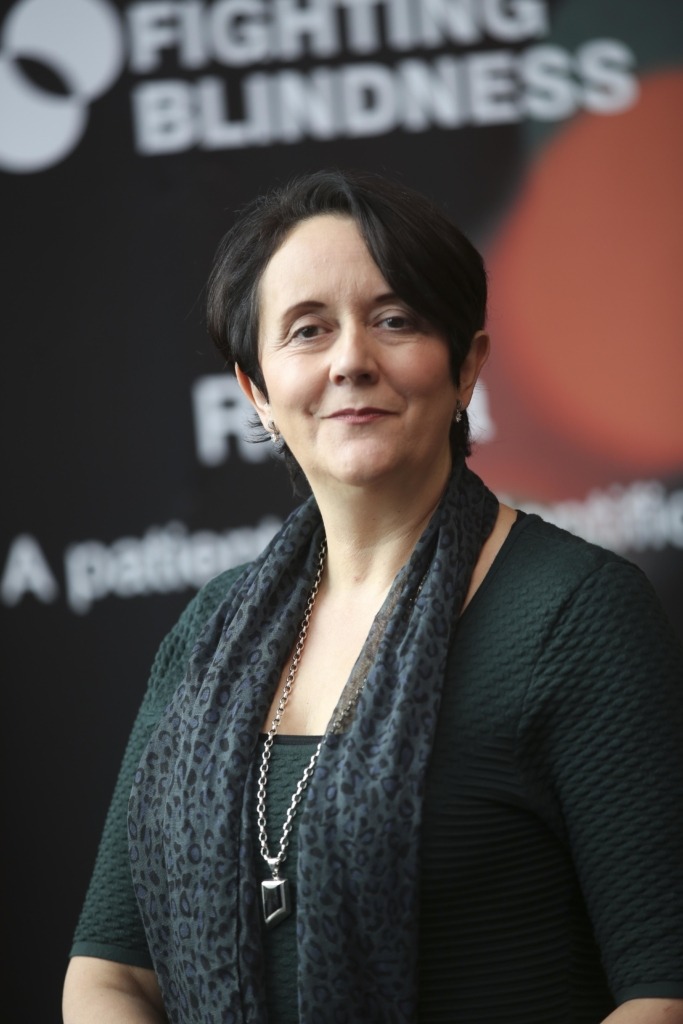 Can you tell us a little more about your research project?

Knowing which genetic mutation is associated with an inherited retinal degeneration is of high importance. It provides a greater understanding of a clinical diagnosis; allows for better discussions in genetic counselling and provides the information necessary to be considered for any potential gene-specific clinical trials or treatments. Due to their rarity, low patient numbers often hamper attempts to fully understand the nature of these conditions.

This project aims to provide greater information about inherited retinal degenerations in Ireland. Working in collaboration with the Target 5000 research team at Trinity College and the clinical sites in Dublin, we aim to combine data to form an all-Ireland registry from which a greater understanding of these conditions can begin. Unique to this project and in parallel with the genotyping and phenotyping, is the appointment of a genealogist. This expert resource will extend family pedigrees throughout Ireland using various genealogical methods.

What attracted you to retinal research?

My interest in retinal research began when I was a trainee in Ophthalmology. My supervising consultant Mr Patrick Johnston remarked that there seemed to be some families who had more age-related macular degeneration (AMD) than would be expected in a disease that was not known to be genetic. We planned out a study to test the theory that AMD had a genetic predisposition. We studied the first degree relatives of 25 patients with severe AMD and 25 patients who had no retinal abnormalities. The patients were age and gender matched.

The results published in 1995 showed the there was a 2.5 times increased risk of having AMD if a first degree relative was affected. Since then work by other groups have confirmed that 2 major and a number of minor genes do significantly increase the risk of AMD in about 60% of the affected population.

This research project has formed the basis of much of my research and led me later to work in inherited retinal degenerations.

Within the next five years, where do you expect great advances to be made in vision research?

With the rapid advances in technology I am hoping that within the next five years there will be affordable gene therapies for inherited retinal degenerations and also preventative therapies for AMD which can be given early in those who are genetically predisposed to develop the disease.

What are your other interests?

I have a keen interest in Quality Improvement in Health and am passionate about developing better services and access to care for all patients. I have also been heavily involved in extending the roles of nurses, optometrists and orthoptists to maximise our workforce whilst improving job satisfaction.