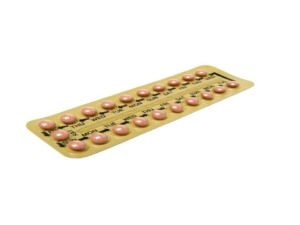 Researchers in University College Cork (UCC) have shown in a mouse model of retinal degeneration that the common birth control mini-pill has protective benefits in conditions such as retinitis pigmentosa (RP) and glaucoma.

RP is an umbrella term given to a group of retinal conditions that are mainly characterised by the progressive loss of light sensitive photoreceptors cells (known as rods and cones) which are necessary for vision.

In the early stages of disease, rod photoreceptors, which are required for your peripheral vision, begin to degenerate. This results in people experiencing night blindness and slow progressive loss of visual field.

The research in Cork, which has been supported by Fighting Blindness and other funding bodies, was led by Professor Tom Cotter and Dr. Sarah Roche. As part of their studies, the team used a mouse model that has been genetically modified to mimic characteristics of RP. In this model, cone photoreceptors are lost in early mouse adulthood.

Interestingly, the scientists have now shown that norgestrel, a compound found in the progesterone only contraceptive pill prevents the loss of cells in the retina. These results were recently published in the Investigative Ophthalmology and Visual Science (IOVS) journal.

The compound appears to have profound neuroprotection of existing cone cells in mice retinas moving beyond early adulthood. Visual acuity was also preserved in mice receiving norgestrel treatments. Crucially, this indicated that norgestrel could be used in the mid-late stages of RP to protect the remaining cone cells and help to preserve daytime / colour vision.

“Following many years of hard work in laboratory, this is an enormous step forward in our studies. Whilst our research still needs to be tested in humans, such a neuroprotective and gene-independent approach holds huge potential for people living with retinal degenerations. We are extremely grateful to Fighting Blindness who were early supporters of our work” – Prof Tom Cotter

The team are eager to progress their laboratory-based research into a small-scale human clinical trial. Such a human study would aim to assess the protective capabilities of norgestrel in retinitis pigmentosa.

Fighting Blindness will endeavour to keep you up to date on any advances in this area. For more information on this and other studies examining the role of neuro-protectants in retinal diseases please visit our Latest Research section.

**It is important to note that this research is in very early stages of an animal model. The dose regimen has not yet been tested in humans and it is not recommended that the contraceptive pill be taken without consulting your health care provider.**