20 years of research at Retina 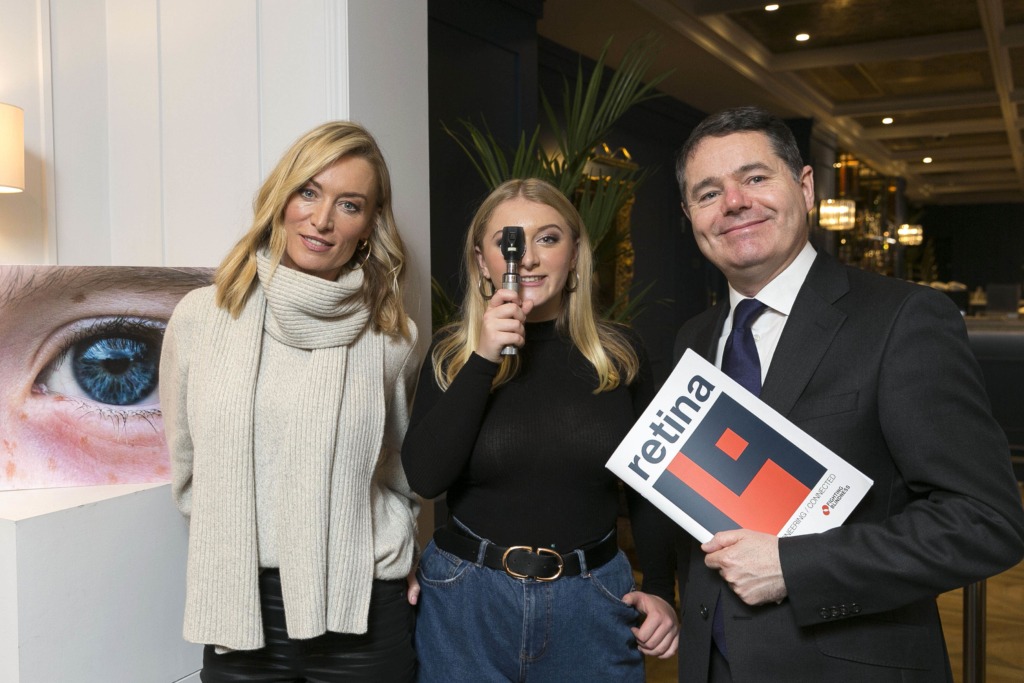 This year we celebrated the 20th birthday of our Retina conference, an annual event bringing together the world’s leading researchers and clinicians. Our most successful year to date, Retina 2019 completely sold out, was officially opened by Paschal Donohoe, Minister for Finance and – thanks to the star appeal brought by actress Victoria Smurfit and her daughter Evie – the conference appeared in all of the country’s national newspapers.

The three day event kicked off on Thursday, November 14 with a closed roundtable discussion on collaboration and ensuring the best possible outcomes for patients. The invite only event was attended by researchers and our partners in the pharmaceutical industry.

On Friday morning at the Davenport Hotel in Dublin we welcomed Paschal Donohoe, Minister for Finance, Public Expenditure and Reform to officially open the conference.

Speaking to a packed audience, his opening address expressed his pride and astonishment at the level of innovation and expertise evident throughout the conference agenda. He was particularly impressed to see how many Irish researchers and clinicians are leading the way with groundbreaking research into sight loss.

Before his opening address, the Minister took the time to sit down with Evie Baxter, daughter of Victoria Smurfit, to ask her honestly what it was like to be 15 years old and have Stargardt disease. He also spoke to our Chair Brendan Buckley about the support Fighting Blindness need from the Government to grow and thrive in 2020.

Research highlights from the day included Prof John Flannery’s presentation on his world-first achievement of reversing blindness in mice through gene therapy. Prof David Crabb spoke of his insightful work measuring what really matters to someone living with AMD in particular anxieties in navigating daily life, as well as society’s changing perception of AMD.

The Fighting Blindness funded Myopia Outcome Study of Atropine in Children trial presented alarming statistics about the growth of myopia – commonly known as short-sightedness – across the world. Their research is focused on controlling this pandemic with atropine eye drops.

The last, and best, day of the conference took place on Saturday, 16 November, at the Radisson Blu hotel on Golden Lane. Our Public Engagement Day is an opportunity for people living with sight loss to come together, network and meet the researchers who are searching for cures and treatments. With 300 registrants, it was our busiest one yet.

The day’s agenda featured a mix of science, research and practical tools for living with sight loss. Prof Mike Sapieha presented his research into the role your gut health can play in retinal disease. Five condition specific groups put their questions to various consultants and researchers. Vision Sports Ireland, Need to Talk and our own Fighting Blindness team spoke about keeping fit, seeking support when you need it and how everyone has a role to play in advocating alongside us in the next general election.

We’d like to extend a huge thank you to all of our speakers, attendees, members, ambassadors, official representatives, volunteers, partners, sponsors and everyone who helps us to make Retina the outstanding international event that it is.